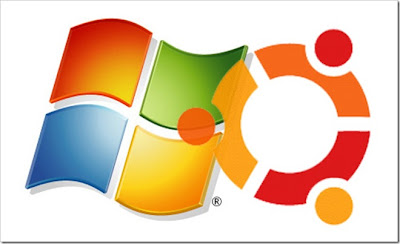 Phoronix have recently conductes tests in which six uniquely different systems are used and ran Microsoft Windows 7 Professional x64 and Ubuntu 10.04 LTS x86_64 on each of them with a set of 55 tests (actually, more than 165 if considering that each test is usually run at least three times for accuracy) per installation.
They ran games and tested their performance on both these configurations. The games that they ran across the three operating systems where there is native compatibility and comparable support is OpenArena, Urban Terror, Nexuiz, Warsow, and X-Plane. With each of the games they ran them full-screen at 800 x 600, 1024 x 768, 1280 x 1024, 1400 x 1050, 1680 x 1050, and 1920 x 1080.
Below Geekersmagazine providing some of the analysis based on those tests conducted by Phoronix for their readers :

The Intel Linux graphics driver is the real loser in these tests where it is easily and always clobbered by the Intel Windows. While the Intel Linux graphics driver is open-source and has made great strides over the past quarters with kernel mode-setting, a new 2D acceleration architecture (UXA), in-kernel memory management (GEM), a migration to DRI2, and other improvements, its performance is a joke.

It is unlikely we will see Intel’s Linux graphics driver recoup any of these major performance losses anytime soon as they are not even committed to switching to the Gallium3D architecture that is faster than the classic Mesa DRI drivers.

Last but not the least BOOT RACE VIDEO: UBUNTU 10.04 VS WINDOWS 7 and you can yourself watch the result of booting below :