There are sizeable amount of free video player software available for the Linux platform which is both fully featured and mature. Linux has plenty of options when it comes to video players.  To provide an insight into the quality of software that is available, we have compiled a list of 10 best Linux video player applications, covering a broad spectrum of uses. It is a light platform specially designed for developers to work in a suitable environment. Linux is capable of playing all the media files with the help of various players that are mentioned below. 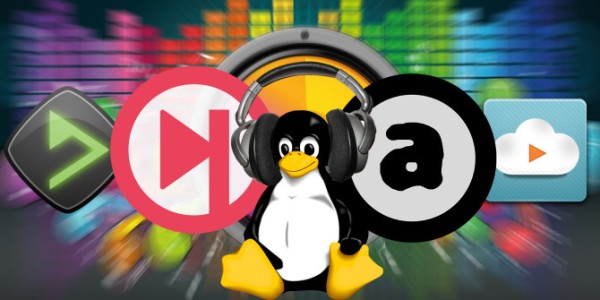 Real Player for Linux lets you to play more video, including popular Windows Media files, RealMedia files and more, instant access to your favorite media files. Easily create, save, edit and manage different playlists for any event or mood. Need to take a break from a live stream? Just click pause. Perfect Play automatically buffers streaming content. So you can pause, rewind and fast-forward through live broadcasts without missing a thing.

xine is a powerful multimedia program, specializing in video playback. In addition to functioning as a standalone product, it also serves as a library and engine for other software products. It plays back CDs, DVDs, and VCDs. It also decodes multimedia files like AVI, MOV, WMV, and MP3 from local disk drives, and displays multimedia streamed over the Internet.

The media player that fulfills all of  your needs of media files playing. It can handle DVDs, (S)VCDs, Audio CDs, web streams, TV cards and much more. It supports an extensive range of formats without the need for additional codecs. It can also be used as a server to stream in unicast or multicast in IPv4 or IPv6 on a high-bandwidth network.

The Totem Movie Player application is a movie player for the GNOME desktop (default on Ubuntu Linux) based on GStreamer framework and xine library, and enables you to play movies or songs. Various format such as MPEG audio and video (MP3/MPV), Ogg, AVI, ASF, MOV, WMV, QuickTime, and more are supported.

SMPlayer is a front-end for MPlayer, from basic features like playing videos, DVDs, and VCDs to more advanced features like support for MPlayer filters and more. It can also play DVD ISO images, audio CDs, MPEG, AVI and ASF.

Ogle is by far the most simple to install and to use, as unlike most others, it’s designed to be a software DVD player and nothing more. It fully supports menus, most sound formats (including PCM but not DTS), and is ALSA compatible. Its goal is simplicity and it achieves it quite well.

MPlayer is a very popular movie player which runs on many systems including Linux. It has builtin support for the most common video and audio formats (see list below), as well as having a powerful filter system for video and audio manipulation. MPlayer supports displaying through some hardware MPEG decoder boards, such as the DVB and DXR3/Hollywood+.

Miro is an internet TV application. As far as its IPTV support goes, Miro does very well. It’s easy as point and click to add a channel to your player, download and preview a video, and even decide if you want to keep the video. That’s one part I love about this is you have a DVR, you can use Miro to download all your favorite videos, and then you can copy them across your network to your DVR where you can watch them in your TV. The number of channels available is quite extensive.

Kaffeine is a simple, easy to use, full featured media player for the K Desktop Environment (KDE). Currently, Kaffeine can use xine-lib, MPlayer, or GStreamer as a backend. It is therefore able to play almost all audio and video files. It supports many types of local and network media broadcast protocols, including digital video broadcasting (DVB).

Gnash is a player for animated “movies” in the Macromedia Shockwave Flash (.swf) format. It can be run as a graphical application, as a Web browser plugin, or as a library used by other programs. Gnash is originally based on the code of GameSWF, by Thatcher Ulrich. GameSWF was the most advanced among free flash movie players; it implemented a fairly broad set of Flash Format v7 features, using 3D hardware APIs for rendering.