iPhone is one of the best creations of the current century and that is why we are presenting the 7 best iPhone Apps to Manage your home Business. Its revered creator Steve Jobs is still in the heart of every user. This amazing device has brought the
Read More
After various reports of bent iPhone 6 in users pockets, the Cupertino tech giant Apple has finally decided to break its silence and give an official statement on it. According to Apple, the iPhone 6 can’t be bendt in people’s pockets; they have completely wrapped off the criticism
Read More
A lot of people today want to immerse themselves in the world of technology and work using the high technology and latest gadgets. Apple has been instrumental in achieving these goals of consumers as it has helped tech lovers meeting their needs in the best possible way.
Read More
It seems like Apple doesn’t need Audience anymore. Audience is a well known provider of intelligent voice and audio solutions to improve voice quality by eliminating noise in mobile device and it’s  Audience’s earSmart noise suppression technology that is used for Siri on the iPhone 4S .
Read More
This article will force you to think twice whether your information are in the safe hands or not, especially if you are an Apple user. The well known hacker's group Antisec claims that they have data related to the 12 million Apple Unique Device Identifiers
Read More
With the unveiling of iTunes 10, it is extensively reported that Apple has removed the “create your own ringtone” feature. The feature was first introduced in 2007 after the launch of the original iPhone. It allows iPhone users to create custom ringtone from a track purchased from
Read More
If you are tired of using the same old default web browser on your iOS, why not try something new? When you have the option of using Atomic, Skyfire, Opera Mini, why stick to the boring default iOS browser?
Read More
Facetime falls under the category most important but absent features of iPad, all credit goes to apple’s delayed feature releases. Even the first generation iPad doesn’t have support to some of the basic things like video chats etc. If there had been a front camera, it could
Read More 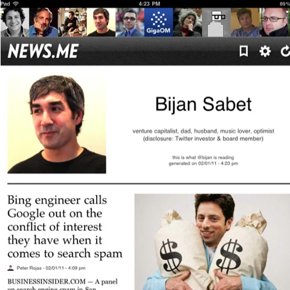 The New York Times has just announced News.me a social news iPad App that seeks to rival The Daily. Apple and News Corp 's The Daily, iPad newspaper which is still yet
Read More
Although Mac OS X has a very nice looking interface but if you want to customize your Mac OS X to a higher level you will certainly need some icons to do so. Here are some Mac icon sets that we have collected and hope you will
Read More