Skrollo, a new digital news platform out of the San Gabriel Valley in California aims to put prescient power in the hands of their users.

We have all heard the phrase, “knowledge is power,” but as the internet has evolved, it has become clear that prediction is power.

Speaking technically, Skrollo is a media aggregator which identifies trends.

The current version presents a viral feed of memes, videos, gifs, and posts from all around the web. Now, many readers might say, there must be a lot of different sites reporting on viral trends.

This is true, there are quite a few, yet here is what makes Skrollo stand out, other media sites discover a trending piece of media and write articles intending to present it to the end user.

Skrollo simply reports what is trending in its raw form, and users are able to watch trends happen as they occur, unfiltered and uninterpreted.

Beyond simply being entertaining, what other value does Skrollo have?

Through user interactions like upvotes, shares, and comments, posts make their way to the front page of these platforms. Typically, from this point, they are shared cross platform like from Reddit to 9gag. Many posts die out, but in some cases these posts create a trend and are picked up in the news.

The Skrollo system goes deeper than just reporting the trending sections of other platforms, it predicts what posts are most likely to be shared cross platform and have the potential to trend from a previral to a viral state.

For bloggers/vloggers Skrollo presents a value in that those who report on memes, videos, or other posts can stay very informed, remaining ahead of the viral curve.

Speed and timing is everything.

If social media managers are hearing about a trend on Buzzfeed or seeing it posted on Instagram or Facebook, the trend has matured beyond their ability to fully leverage it.

Skrollo wants users to beat that trend curve and to be part of the cultural conversation.

The platform encourages those who report on viral media to submit their articles or videos, so they can appear on the feed for other users to see.

For social media managers, Skrollo has some innate value.

Leveraging trends for marketing or account growth is a well-trodden path for many. However, the platform takes the guesswork out of the equation, and empowers the user to easily post presorted and engaging content.

The team at Skrollo first began testing cross platform posting, also known as trend hacking on Instagram with encouraging results. The post with the highest engagement received over 9,000 likes and over 3,000 shares.

The second platform tested was Imgur where Skrollo dummy accounts were able to hit the front page three times in the course of about 10 days amassing over 330,000 views from the top posts alone.

However, the platform most receptive to trend hacking has been TikTok.

Related article: Best TikTok Bots You Need To Know About

Trend hacking with Skrollo is not a perfect science and not every post performs, but the likeliness of a post going viral is much higher when utilizing the Skrollo platform.

For social media managers and marketers, Skrollo presents an opportunity, yet the platform can be used by anyone wanting to grow their social media accounts.

The idea of Skrollo began over dinner at a mutual friend’s house where Timo Bakker and James Peddie met.

The conversation soon led to their mutual love for memes and viral posts. James shared how he obsessively opened multiple apps a day to stay informed on what was going viral and said,

“I wish there was an easy way to get a snapshot of everything that was trending, “ and Timo said, “I can build that.”

This was the initial idea that birthed Skrollo.

James and Timo got to work and created a working prototype. The concept was sound and extremely entertaining, but it would take a lot to get the platform into a presentable format.

The two founders initially thought to raise capital to invest in the project, but ended up like many entrepreneurs, on the wrong end of the deal structure after nearly being scammed by a fraudulent capital investor. This event almost killed the project, but Timo and James doubled down.

Timo moved into a tent in his friend’s backyard to manage and invest in the project, and James increased his financial investment into the project.

Current features include the initial viral feed, but users are able to comment and use journal (a feature designed to link posts together in order to broaden the context or tell the story of a post).

One major drawback of other platforms is the lack of overall content and the repetitious experience of reviewing the same content repeatedly. Addressing this issue, the team has nearly perfected their discovery UX, which intends to never show the user the same posts twice.

One of the most useful features is the Personal Feed which acts as a user’s personal archive.

Every upvoted piece of content is stored so that users are not googling for that long lost lol the next time they want to share it.

Skrollo is functional, but not perfect. The team continues to catch and fix bugs in the system and to optimize the front end of the platform for a more aesthetic interaction.

The long-term vision is to build out multiple feeds covering topics like entertainment, comedy, and finance, but a sports feed is already being planned out right now.

The team continues to work on rolling out new features as well. Currently Timo and James are working on onboarding new users and getting the word out on all Skrollo has to offer.

The platform can be either very entertaining news or as a useful tool to the end user.

Initial response has been very encouraging and we expect great things from the Skrollo team. The site can be found at Skrollo.com or the Skrollo apps are available in the iOS and Android stores.

For questions or to submit a piece of reporting on viral content, email team@Skrollo.com. 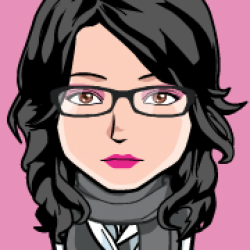 5 ways to make the best use of Instagram reels

James Miller - June 22, 2021 0
Are you ready to move from passionate hobby photographer to professional? The prospect of avoiding the typical 9-5 and being creative every day sounds...