This Wednesday, both Nokia Lumia 820 and 920 supposed to be announced during an event in New York . As per the information and image leaked, it is believed that both models have the feature of wireless charging. You can see in the image that models have their charging pads for this purpose which is as long as the phone itself with a single cord trailing off into the distance. according to the rumors, users can also use a many different pads from other manufacturers also that offers Qi wireless charging. Let’s wait for some days to get more details! 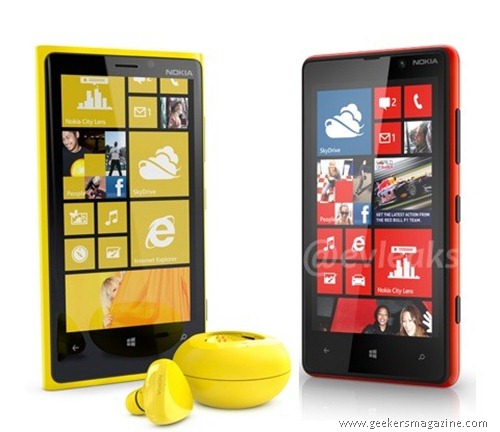