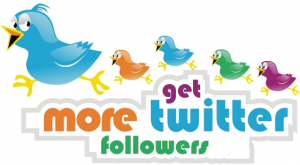 Twitter is as powerful as ever as a social media platform.

The Twitter stock has been down for over a year now on the NASDAQ stock exchange, but there is no question that the company yields far more influence than what it is financially worth. The Twitter management just haven’t been able to get their business model right and have failed to convert the massive popularity of Twitter into profits.

But that shouldn’t concern you as a marketer or small business owner. Twitter is as powerful as ever as a social media platform and perhaps the most influential social network after Facebook.  It is important for every marketer or small business to be on Twitter. And the way to grow and expand your business on Twitter is to gain more followers and have considered using tools like Twitter Auto Follower Tools.

The more followers you have on Twitter, the better it is for your business. Marketers try every trick in the trade to get followers on Twitter, such as buying 1000 or more Twitter followers for $5 on freelance sites such as Fiverr.com.

But that is not the right way to do it and Twitter frowns upon such practices. Here we teach you the LEGIT way to get more followers on Twitter. Let’s get started!

Your Avatar makes all the difference on Twitter. Any Avatar you have on Twitter should show your face fully and give your followers a good idea of how you look like. Just be yourself in the Avatar. Try to make it interesting, if possible. And add a decent cover picture as well.

Tweet at a time that is likely to get the attention of more people. There are many free and paid tools that that find out at what time your followers are on Twitter and they suggest the right time to send your Tweets. So if the majority of your followers are from your country, not abroad, this should be easy enough for you. Just Tweet between 7pm to 10pm at night, as that’s when most people are on Twitter.

Tip 3: Work on your Profile Bio

Your Profile Bio is the first thing people check before deciding whether to follow you on Twitter or not. Make it attractive, fun and interesting. Be creative in how you express yourself in as few words as possible. Project your brand in a way that is sure to get you attention.

When you are tweeting about a major business or a top influencer, be sure to mention them in your Tweets. This will make sure that your Tweet gets noticed by the company or influencer and get retweeted by them, and get a tweet in return. This adds to your credibility and many of their followers will opt to follow you as well.

As people open-ended questions. Start a discussion or a debate on the latest Twitter trends. Get everyone thinking. This is especially true if you are trying to target followers from a particular niche.

Tweet about things that matter to you and to your audience. Your Tweets should be a mix of personal and professional updates. Describe your business and what you do. Share interesting business stories and latest developments. Stick to your niche so that your followers know what to expect from you.

If you don’t tweet at least 2 or 3 times a day, your followers will forget all about you and many will even unfollow you. You cannot rest on your laurels on Twitter. You have to be on the top of your game. However, don’t tweet too much, and don’t spam anyone’s Twitter feed.

The tips given here will help you get followers in quick time, but naturally and legitimately. Whatever you do, don’t buy followers on Twitter – that is illegal and can get your Twitter account banned.

How To Use Keywords On Your Marketing Strategy Effectively