When Linux earlier started out, its popularity was not half as much as that of Windows mainly because users were accustomed to using Windows. Moreover, using Linux required more efforts and computer know how for the average user. So, Linux Mint program was incepted which is yet another operating system that works on Linux. It has been specifically designed keeping the Linux beginners in mind, who are usually clueless on how to use a Linux system.
Linux Mint operating system has several versions available depending on the type of code base used. Most of these are Ubuntu open source program inspired which in turn runs on Debian. 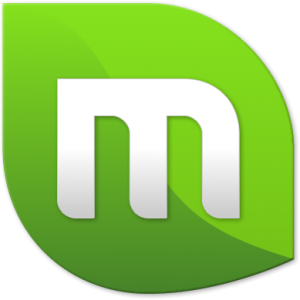 Since Linux Mint is designed for the average user, its installation is much easier compared to other Linux systems. The Installation process is done with a live CD. The unique feature of Linux Mint OS is that you can have a Demo with a full version. If you like it, go ahead, if you don’t you can continue with your previously installed Operating System.
Firstly make sure that your Netbook has at least 512 MB of RAM. So, you can run the Linux Mint Operating System first directly from the CD. With this you can ascertain whether your hardware and installed drivers are compatible with Linux Mint on your Netbook or not. After this, the Ubiquity installer in the CD helps you through the process of permanent installation.

If you have Microsoft Windows operating system installed in the Netbook, then in order to go ahead with the installation process for Linux Mint, Download Migration Assistant program. This will get all the goodies from the Windows OS to the Linux Mint Installer. There is the popular Wubi installer Windows based Ubuntu Installer which can let the user install the Linux OS from within Windows. For Linux Mint installation on Netbook, the Wubi program is Mint4win.

The great thing about Mint4win is that it installs Linux Mint in the Netbook just like a regular program and you can remove the operating system just like that too through “Add or remove programs” option in the control panel. Although this works great for beginners to install Linux Mint using Windows, it does sacrifice the performance of your Netbook. So, for permanent Linux Mint installations the Live CD or bootable drive option is recommended.
Most computer systems support bootable USB flash drivers. So, you can download Linux mint version you need from the Linux website and with the help of software that converts your regular USB flash drive into a bootable one, make a bootable flash drive. This can work as an excellent substitute for Live CD.

Once you have installed Linux Mint in your Netbook, there are several open source programs, in other words free ones, which can be installed through the live CD or get automatically installed depending on the settings you may have selected. And, if you used Migration Assistant during the process you will see many of your Windows settings here as well, especially, the wallpaper.
Due to freebies and almost similar settings attributed to Migration Assistant, most users are less likely to feel Windows sick and may soon not miss Windows once they get a hang of Linux Mint on their Netbook.