If you’re looking for the top drones for sale 2015, you’ve come to the right place. Consumer drones are a big thing in the West and it is not unusual to find hobbyists flying their quadcopters in parks and open areas in cities like New York, Amsterdam and London.

Here, we walk you through the best drones you can have right now, so that you can get started right away in the world of flying drones. All the drones in our list were picked on the basis of factors such as best features, flight quality, ease of use and value for money. This is not a comprehensive list of the top drones for sale 2015, but enough for newbies to get their feet wet. 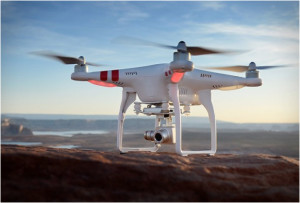 DJI is a Chinese manufacturer of consumer drones that is to flying drones what Apple is to smartphones. DJI quadcopters are by far the most sophisticated drones out there. The DJI Phantom 2 Vision is one of the best quadcopters in the business, and is reasonably priced at just under $1000, considering its high quality.  It comes equipped with a built-in 14 MP camera which shoots at 1080p and has WiFi streaming as well. You can access the live feed from the video shot by the Phantom 2 Vision when in air on your smartphone through an app. The camera can tilt at sharp angles for every shot. 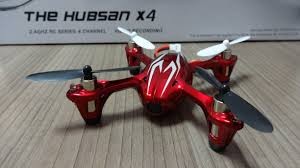 The Hubsan X4 H107C is incredibly cheap – especially considering its high quality. In fact, you can have the Hubsan X4 H107C, along with a camera, for just under $100. Of course, this is not a drone you will be flying all your life – just something to get started with. Once you get yourself familiarized with drone flying with Hubsan X4, you can move on to bigger and better things such as the Parrot Bebop or the DJI Phantom. Hubsan X4  has a Basic mode, which is targeted at children and an Advance mode, targeted at adults. 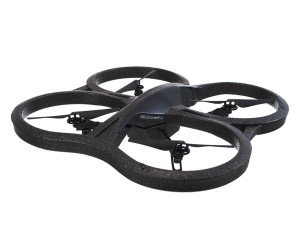 Most flying drone hobbyists were initiated into the world of drone flying through Parrot drones. Parrot is by far the most important manufacturer of consumer drones. They are the buccaneering pioneers of this industry. The Parrot AR. Drone 2.0 is a legend in the industry and an all-time favorite with drone flyers. The Power Edition is an upgraded edition of the phenomenally successful product.  The Parrot AR Drone 2.0 Power Edition comes with swappable 1500mAh batteries and cameras that shoot images at 720p. The Parrot AR. Drone 2.0 Power Edition is compatible with the excellent GoPro cameras as well, that provide HD functionality.  It offers WiFi streaming as well and costs just under $350. 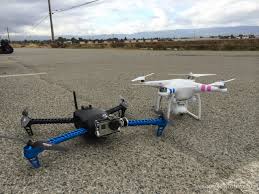 3D Robotics is the most innovative drone manufacturer. Founded by famous tech writer Chris Anderson, 3D Robotics makes what are called “smart drones” – or drones that can be controlled very easily from an app on your iPhone or Android.  3D Robotics Iris is very easy to maneuver as it comes with the brilliant Pixhaux autopilot system, which allows you to automate the landing as well as the takeoff. Using Pixhaux, it is possible to automate the return to the home base, and you can have your own customized mission parameters as well. IRIS is compatible with GoPro cameras. It is one of  the most sophisticated drones out there, but it is certainly not cheap – it costs around $750, but the prices may vary depending on where you are.

For more on flying drones, such as the best drones for beginners  and the top flying drones with camera, visit our sister site, www.techspecie.com. Happy reading!