Cyber Attacks on Xbox and PlayStation
Last weekend wasn’t exactly one to enjoy for Sony or Microsoft online gaming platform players, since many games of video games faced issues while trying to play video games. It is understandable that Xbox LIVE and PlayStation Network could also be affected by certain glitches from time to time, which might slow them down, but what happened during last weekend was a more serious issue. The two services were brought down at the same time last weekend and this was caused by cyber-attacks, which were claimed by a group which calls itself “Lizard Squad”. 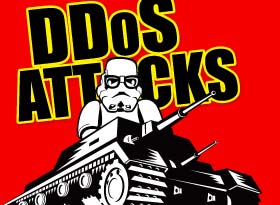 The Attack
At first, Sony created a report and posted it on the official PSN blog, in which was mentioned that Sony Entertainment Network, alongside with PlayStation Network, were both “impacted by attempt to overwhelm our network with artificially high traffic”. Otherwise said, two online networks of Sony were hit by a DDos attack – distributed denial of service. In the blog post, it was confirmed that access to most of the Sony network areas were impacted by the attack. However, the blog post also tried to ensure that no personal information contained on the attacked networks had been accessed during the attack. After the first blog post, the company came with an update, in which they confirmed the DDoS attack, but they also gave insurances that all of their services were already up and running and this was a very good news for gamers.

What Was Next?
Although it is not a surprise that large companies such as Sony or Microsoft are to be targeted by such attacks, what came up next is what actually is more surprising and unexpected. The group that assumed its responsibility for the attack sent a tweet to American Airlines, in which it was mentioned that it believes that the flight number 362 from DFW to SAN had explosives onboard.
Jon Smedley, who is an executive of Sony Online Entertainment, was on that flight and he confirmed on his Twitter account that the flight was forced to unexpectedly land, as a result of the tweet that American Airline received from that group.

Motivation Of Attacks
Despite of the fact that the group assumed responsibility for the attacks on Sony and Microsoft online services and for the tweet for American Airlines regarding flight number 362, the motivation of these attacks are still not known. Good news is that both companies ensure that their online services are completely operational again. Also, the FBI is already investigating the issue with the flight.