If you’ve ever doubted the power of social media or didn’t really believe some posts or changes to someone’s bio could cause tectonic changes in the world of finances, you now have a proof that it’s not only possible, but that it’s the reality we’re living in. Namely, Elon Musk changed his Twitter bio to mention Bitcoin and the cryptocurrency rocketed as much as 20% on the day when Musk added the hashtag #bitcoin to his Twitter bio.

Like with many things he has done so far, the Tesla and SpaceX CEO remained coy about the details, adding just one tweet later on. However, the message was equally cryptical and mysterious: “In retrospect, it was inevitable.” Make of that what you will, but Bitcoin witnessed a sudden double-digit spike to 10-day highs on that Friday. The top cryptocurrency picked up a bid near $32,000 at around 08:30 UTC and jumped to $37,050, the highest level since January 19. The 15.7% rise happened in less than 15 minutes and more than reversed the early dip from $34,400 to $32,000.

The bitcoin community has always wanted Musk to come out as a supporter, seeing him as the most avantgarde business leader of our time. Plus, it’s always great to receive encouragement and support from the world’s richest person. Namely, Musk became the world’s richest man earlier this year, after a rise in Tesla shares helped his net worth surpass that of Amazon CEO Jeff Bezos.

Apart from the surge in the prices of Bitcoin, we’ll remember last week as the one with the most wild volatility, as the stock prices of heavily-shorted companies, such as GameStop and AMC soared dramatically due to a rush of amateur investors inspired by the Reddit forum WallStreetBets. There was also another subreddit group, SatoshiStreetBets, which led investors to pump up the price of Dogecoin, a cryptocurrency inspired by the popular “doge” meme. This cryptocurrency was up 800% in the last 24 hours at one point.

How is Bitcoin holding?

Those who had invested in the most reliable and best bitcoin mining hardware certainly appreciated the latest development on the market. Namely, Bitcoin’s price action had been rather muted before Elon Musk changed his bio. First, this most valuable cryptocurrency hit an all-time high of $41,940 earlier this month, but then sank sharply, just one week later. Even today, it’s about 14# off its all-time high, but it is around 25% up in comparison to the start of the year. During the course of 2020, Bitcoin more than quadrupled, mainly due to increased institutional investment, which was the driving force of the rally.

Logically, this wasn’t the first time that Musk’s tweeting habits have shaken the market and led to a spike in the price of an asset. He was also involved in extended a rally in GameStop’s share price after hours Tuesday by tweeting “GameStonk” and linking to the WallStreetBets Reddit community. Then, there was tweet by Musk in which he said he liked CD Projekt’s game Cyberpunk 2077. As a result, the shares of this company surged as much as 12.6%.

There has been a lot of speculation whether the Tesla CEO will buy Bitcoin and add the cryptocurrency to his electric car firm’s balance sheet. Last month, he was involved in an exchange with Michael Saylor, the CEO of software company MicroStrategy, which followed a tweet suggesting that he was tempted to buy bitcoin. MicroStrategy used its balance sheet to buy bitcoin last year and its boss said, “If you want to do your shareholders a $100 billion favor, convert the $TSLA balance sheet from USD to #BTC”. Musk wanted to know whether such large transactions were even possible and posted this question. There is no doubt we’ll hear more about it very soon, when MicroStrategy holds an event titled “Bitcoin for Corporations.” We can guess that Elon Musk would be interested in this even, along with thousands of executives, officers and directors and advisors of corporations.

The billionaire entrepreneur with more than 43 million followers on Twitter has a record of making market-moving comments on the site. He also sparked a massive rally in Dogecoin after tweeting an image of a “Dogue” magazine cover featuring a whippet in a red outfit. He tweeted in the same style as Vogue. The magazine has a dog on the cover, and it seems to be written for dogs. This was interpreted as an allusion to the Dogecoin cryptocurrency and many took the call to buy as much stock as they could, which caused the value to shoot up.

Only time will tell whether Elon Musk was serious about Bitcoin or whether he was simply teasing everyone. One thing is for sure, the richest person in the world can lower or increase the price of everything simply by posting something online. 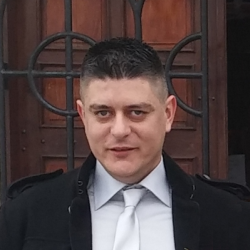 Dan Radak
Dan Radak is a marketing professional with twelve years of experience. He is currently working with a number of companies in the field of digital marketing, closely collaborating with a couple of e-commerce companies. He is also a co-author on several technology websites and a regular contributor to Technivorz.