As Nokia has introduced it’s first Windows phone 8 smartphones – Lumia 820 & 920, I have decided to give an overview of their features that may help you to know these smartphones from close. If you are thinking to buy these new devices then you should go through this article. According to the company, these new devices are the most innovative Windows 8 Phones in the whole world that able to create the most personal smartphone experience. At the launch event, Nokia not only introduced these 2 Windows 8 Phones but also some additional information’s too like starting a new free music service for their Lumia users and upcoming feature that allow window phone 8 users to take  screenshots  by simply pressing the home button and power buttons simultaneously. 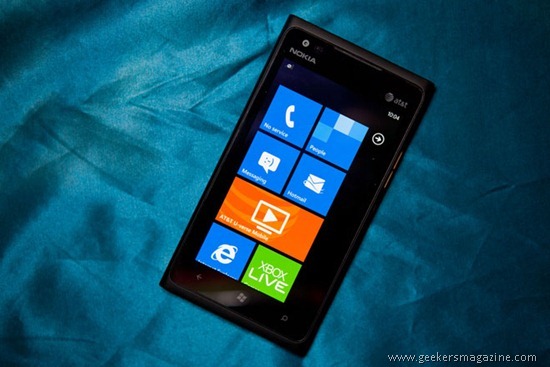 Both Lumia 820 and Lumia 920 have very exciting features like wireless charging, Windows phone 8 OS, HD display, Live tiles etc. I am going to explain one by one each to make your decision of switching to Lumia more strong.

Wireless charging is really a pretty cool feature of both Lumia 820 and  Lumia 920. Now, your phone doesn’t need to stick to one place while charging. Moreover, it eliminates all the mess of cable! Just put your Lumia phone on it’s charging pad and boost it’s battery without plugging it in. There are many wireless chargers are available for Lumia users like Nokia Wireless Charging Plate and the Charging Pillow by Fatboy.

To watch or experience anything Live is always a good thing and everyone would love to experience it. Right? Both the new devices will allow you use Live Tiles to get access to your favorite apps, contacts, emails etc. which are present on your homescreen and automatically update when anything happens in real-time. As well as, you can also customize these Live Tiles ( you might have done this on your system also, if you are a Windows 8 user). You have full freedom to create new tile at any time.

Lumia phones will definitely become the choice of every person who likes photography as Lumia 820 has a 8 megapixel camera, which is not only enhanced with Carl Zeiss optics but also with the full HD (1080p) video capture at 30 frames per second. Amazed? If yes, then should not. Because, Lumia 920 will serve you even more! Lumia 920 has PureView technology, 8.7-megapixel rear-facing camera with full 1080p HD video capture at 30 fps and ofcourse! a 1.3-megapixel front-facing camera with 720p HD video capture. With these awesome specifications, you can take a series of photos with just a single click! You can combine and edit these images to get a perfect and final image. Not even this, if you want to make a story by using your images then you can do this also by using Mosaic Tool that lets you to combine six images and a build a story. So, Just click a perfect shot and share them with your buddies!

Nokia is offering the free music service to it’s Lumia customers who are U.S-based. They can enjoy this service by simply downloading the app called Nokia Music that provides them approximately 150 tracks of almost all the genres and styles. Nokia Music lets you to not only download your favorite track if you want to listen them offline but you can also buld a radio station based on the specific songs or bands etc. Isn’t amazing?For creating those 150 tracks, Nokia Music will use it’s own set of U.S-based musicologists. It also eliminates the advertisements that comes after the few set of songs. Take a complete look on this from here.

These next generation Lumia is designed in such a way that they have considered all the factors to make it’s users comfortable and satisfied. It allows it’s users to switch themselves between an ultimate array of colors with the help of it’s ultimate interchangeable shell design. It provides a large variety of different colors like red, yellow, grey, cyan, purple, white and black that are enough for a user who gets bored with the  same looks of his smartphone. So, just pick up the color which suits you best!

Nokia Lumia Apollo Smartphones has come up with HD display for giving you  best viewing experience. According to the Compnay, these new devices allow you to see the screen perfectly even in the desert (I am waiting to see that!). Lumia 820 has a 4.3-inch display but Lumia 920 has 4.5-inch HD display.  There is a subtle difference between two but still, noticeable if anyone will use it daily.

Nokia City Lens will give all the details of your city including restaurants, Hotels and other places just by looking through your camera display. If you are new  to a city then City Lens will be a great guide for you that will tell you everything about the city starting from the hotel where you should stay to the all other places which you may need to visit while staying at that city. So, just hold your phone up and discover all the exciting places in your city!

As these Windows Phone 8 are having Windows phone  8 OS that that supports all the versions of Microsoft Outlook, Microsoft Office and Internet Explorer 10 that helps you to create any document or business file on the go! Moreover, you can use SkyDrive that lets you to sync all your work files on your phone and PC. Just keep on reading because Nokia has many more things to give their Lumia users like you can send your files to your colleagues and for your better security you can use office 365 servers.

This is the upcoming feature of windows phone 8 users that allows them to take screenshots by simply pressing the home button and power buttons simultaneously. Yesterday we Posted some Pics of Lumia 820 & Lumia 920 you can see them here.