Research indicates that video games are the most common hobby amongst hundreds of millions of individuals in America alone. Although it was thought to be a hobby for teenage boys only, it is evident that video games today can be played by anyone and have no age restrictions. Games like first and third-person shooters are amongst the most popular genres.

If you are familiar with these games, then you may have heard of aimbots. An aimbot hack is a maneuver that helps you acquire the precision aim in different games.

These cheats make sure that you hit every target and help you come out on top of your match rankings. Although some gamers are against them, there’s no doubt that aimbots can help you reduce the number of times you get eliminated and increase your overall wins.

Aimbots are coded game bots in first-person shooter games that automatically lock your cursor to other players, thereby improving your target speed and accuracy. Using aimbot gives players super-human abilities and reflexes that match or exceed the best pro players’. Aimbots often use their access to game memory to detect information like the visibility and position of other players for it to function effectively.

How Can You Use Aimbots to Acquire Dominance in Any Game

1.   Ensure You Have Game Knowledge

Although aimbots are capacitated to target and shoot on your behalf, you’re still required to control your player’s movement throughout the game. An accurate shot combined with map and movement knowledge is key for winning games. Therefore, it is essential to build up your game knowledge.

This knowledge will help you locate where to go for hiding when your aimbot might not be enough. While your aim is extremely crucial, most games today use mechanisms like maps with a variety of places to hide and sightlines.

Even though aimbots give you an upper hand over enemies on your screen, it might be difficult to hit them if they sneak up behind you or have great escapability. However, combining deadly accuracy with movement knowledge will make you a force to be reckoned with on the battlefield.

The internet has a variety of different aimbots and hacks that all claim to be effective. To beat and dominate your opponents, as Guided Hacking suggests, you need to use an aimbot that is discreet and effective.

Keep in mind that hacks offered by different services give different results. This means some will be better than others and might even have distinct features like auto triggers and walls. Get familiar with the available game hacks and cheats, but before settling for one, ensure that you are confident with what it offers.

Even though using aimbots to dominate can help you win almost every game which results in limitless fun, it’s vital to be careful. Most games don’t hesitate to ban accounts of players who partake in the rampant use of hacks and cheats.

One way to safely use aimbots is by using them only when it’s necessary since using them constantly will cause unwarranted suspicion. It should be easy to turn them on and off and avoid overusing them in situations where they aren’t needed. Remember, all it would take for your account to be in jeopardy is a handful of reports.

Today’s most advanced aimbots have a wide range of incredibly complex features. For instance, when you play ranked modes where you are likely to be spectated by other players, some features slow down your aiming and shooting to make it appear natural, which you can easily activate. You can also customize your Field of View feature so that it is enabled only when you are already aiming at a player; this helps minimize unnatural movements.

There are prediction features that are responsible for your current game’s FPS, weapon’s projectile drop and velocity, and your network ping, but with an aimbot will be even more deadly and accurate. An aimbot can instantly make you the best player in the lobby. By building up your game knowledge, choosing the right aimbot, and being careful, you can maintain dominance over your competition. 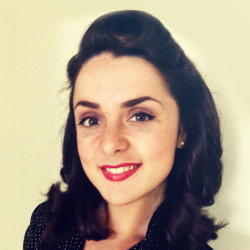 7 Tweaks to Supercharge Your Gaming PC

How to Become a Pro Esports Gamer

Mistakes To Avoid When Playing Valorant

LEARNING THE ROPES: HOW TO BECOME A PROFESSIONAL SUBSTANCE ABUSE SOCIAL...