Take a look at the history of mankind, and it’s clear that all the great leaps of progress have coincided with the appearance of amazing inventions that changed the world. Some came from the mind of a scientist. Others might have been conceived by a businessman and philanthropist. Either way, whether extending our lifespans, connecting us to our fellow man, or heralding economic innovation, amazing inventions have the power to radically alter the present and create new possibilities for the future. Creating a complete list of inventions that changed the world would take a lifetime, but there are some inventions that are so innovative and influential that we still enjoy their gifts today. Here are 12 amazing inventions that have helped shape the modern world, and might point our way towards future innovations. 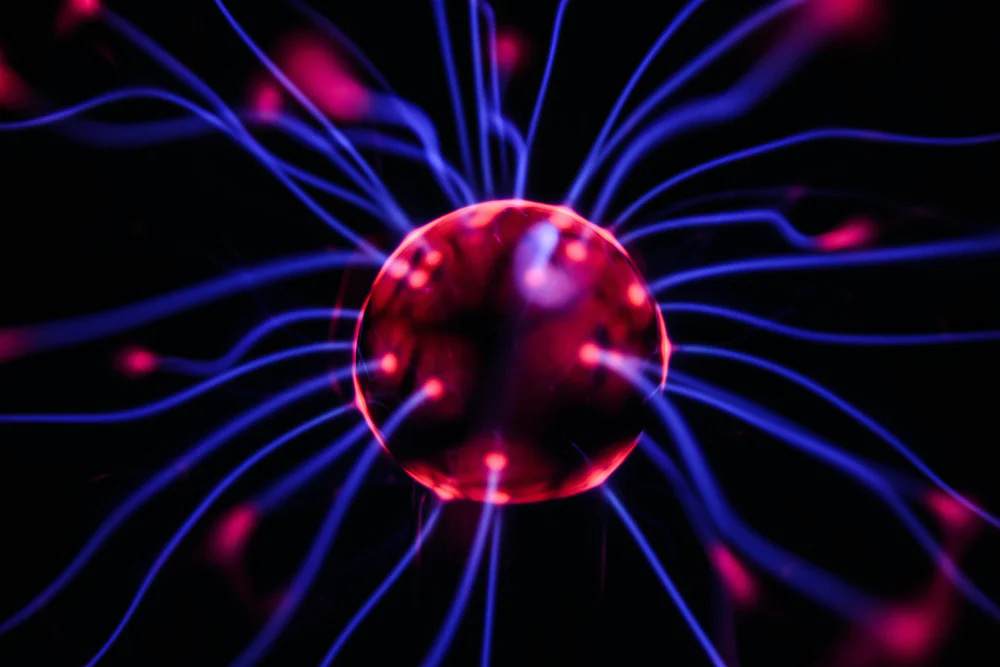 Admittedly, mankind did not “invent” horses as such! However, the decision to start using them for labor is undoubtedly amongst those simple inventions that changed the world in significant ways. Since their domestication roughly 5,500 years ago, they have been instrumental in enabling humanity’s premodern development. They were the first means of transport to allow people to travel significant distances, which in itself accelerated the development of trade and cultural exchange in the ancient world. They were also instrumental in early agriculture, while their strength meant that forests could be cleared for habitation and large amounts of cargo could be moved over long distances. Last but not least, horses had a huge impact on the military effectiveness of ancient armies, and the cultures that mastered horse cavalry would often dominate their opponents in battle.

In a world dominated by digital and online media, the printed word might seem quaint to many people. However, you could make a good argument for the printing press being the internet of its day, so profound was its capacity for communicating ideas and information. Historic records show the printing press first emerging from the French city of Strasbourg in 1439. Previously, reading and writing had been symbols of privilege largely relegated to the very wealthy and scholars appointed by churches and noblemen. With the invention of the printing press, a cheap and easily reproduced means of media communication was created. This allowed channeling thought and philosophy far and wide, making knowledge accessible to more than just the very rich. It’s impossible to measure the impact of freely available writing. However, it’s certain that, without the printing press, major advances in political philosophy and scientific development would have taken far longer to come to fruition.

Nowadays, if we want to get somewhere, we simply whip out our smartphones and rely on global positioning satellites to point us in the right direction, but it wasn’t always so easy. No one knows exactly who first discovered magnetic compasses, but we can trace these ancient inventions that changed the world back to 14th century China. Before compasses, navigation on land and by sea had to be divined from the position of the stars in the night sky. With the compass, however, travelers and explorers had a reliable means to stay on course during long journeys. This was instrumental in bringing about successful sea voyages across oceans and led to Europe’s Age of Discovery in the 1600s, spearheaded by explorers Francis Drake and Marco Polo. The compass played a huge part in accelerating the development of international discovery and creating a comprehensive map of the globe.

While the American Thomas Edison is credited with letting there be light, an earlier example of electric illumination was recorded in 1806. Before an audience of Great Britain’s Royal Society, the inventor Humphry Davy demonstrated a prototype of an electric arc lamp. However, it was undoubtedly Edison’s design for a lightbulb that made electric light possible for mass use. Soon, electric light allowed people to continue going about their day after the sun had gone down and revolutionized public life as streets could be illuminated to create night time economies. It can be said that a great invention brings light to where there was once darkness, but few displayed this as literally as Thomas Edison!

There’s no shortage of medical inventions that changed the world, but few marked such a seismic shift for modern healthcare as the invention of the vaccine. In 1796, the English scientist Edward Jenner noticed that milkmaids were unusually immune to the smallpox disease that had been afflicting the population. Taking a skin sample from a milkmaid with the related cowpox disease, he injected this into a small boy who, despite a brief fever, showed no long-term ill effects yet retained a demonstrable immunity to smallpox. Thus, the first immunization in history took place. Soon, his smallpox vaccine spread across the globe, and Jenner was universally hailed as a champion of mankind. Even today, smallpox is the only human disease to have been completely eradicated from the world. With the coronavirus pandemic continuing to run amok, the achievements of the “father of immunology” seem more timely than ever.

Compared to the discovery of nuclear energy or electricity, the humble magnifying lens may outwardly appear relatively insignificant. On closer inspection, however, this is one of many small inventions that changed the world in many impactful ways. The magnifying lens has proven to be a simple piece of technology that nonetheless enabled scientific breakthroughs in many areas crucial to human development. Magnifying lenses helped astronomers chart the night sky to develop early forms of navigation. Later on, lenses helped scientists use microscopes to achieve some of the first breakthroughs in chemistry and biology. Magnifying lenses continue to be used in scientific research in the present day. Without them, our scientific and technological progress would be decades or even centuries behind where we are now.

The industrial revolution that took place in the 1800s would never have been possible without one crucial invention: the steam engine. The first recorded use of an external combustion engine for industrial purposes can be traced to 1698, when Englishman Thomas Savery designed a steam-powered water pump. By the late 1700s, the engineer James Wayy had perfected a design for widespread implementation to help spark the industrial revolution. Soon, steam engines were powering transportation, manufacturing and agriculture, leading to a period of staggering economic growth in Europe and North America. Without the steam engine, the industrial economy as we know it could have never come into being.

Great inventions don’t just expand our horizons; they also help connect people around the world. That’s certainly true for the American industrialist Henry T Ford, whose Model T vehicle became the first motorcar created for mass purchase in 1908. The automobile gave people independence and freedom that was previously unimaginable while also having a profound impact on where and how people lived. Soon, cities would be rebuilt around their road networks, and highways would be constructed to allow people to travel from one end of their country to another, and beyond. Today, the Ford Motor Company that bears Henry’s name continues to make cars, and long-range personal transport remains a staple of personal freedom.

Mankind famously took to the air for the first time in the town of Kitty Hawk, North Carolina, on December 17th, 1903. Brothers Orville and Wilbur Wright recorded the first instance of manned and powered flight with their Wright Flyer aircraft. Unlike some great inventions, media of the time meant that the whole world soon knew of the discovery and the US military began funding their efforts to develop aircraft for mass manufacture. Soon countries around the world were working from their designs to create their own aircraft, and the world never looked back. It’s a testament to the runaway success of the invention that, just over a decade later, the First World War saw both sides deploy their own fully-developed air forces to devastating effect.

If we’re boiling the definition of a computer down to an electronic digital calculating machine, then the first examples appeared in the 1940s during the Second World War. However, it wasn’t till the advent of the microchip in the 1970s that the revolution in personal computers first took off. The use of silicon chips allowed for the miniaturization of computer processors to create one of the significant modern inventions that changed the world. Gradually, personal computers appeared across homes and workspaces across the world to transform modern life. Today, most of us walk around with a personal computer tucked into our coat pocket, and there is no aspect of modern life that’s been untouched by the digital revolution.

The story of the internet is far from over, but it’s almost certainly the biggest scientific revolution of our lifetime. Scientists first began looking at sending data through phone lines in the 1950s, and by the next decade, the US military has developed ARPANET, a primitive network for transferring military intelligence as packet data. Research in information networks continued to bubble, with the term “internet” first employed by scientists Bob Kahn and Vint Cerf in 1974. With the standardization of the Internet Protocol Suite for TCP/IP design in 1982, the internet as we know it truly came into being. Today, the internet affects everything from how we buy groceries and watch television to how we read the news and the kind of jobs we can work. With the growth of the Internet of Things (IoT), it seems as if we’ve barely scratched the surface of what’s possible when everyone is plugged into the same global network.

Without the telephone, there would be no internet, and the speed of scientific and cultural ideas exchange would undoubtedly have been much slower. The telephone was first invented by the Scottish scientist and inventor Alexander Graham Bell in 1876. Ironically, both Bell’s mother and wife were deaf, which led to his earliest work experimenting with hearing and speech. His research eventually led him to create the first telephone that allowed sound to travel over long distances through wires. Bell, however, considered his creation to be a distraction from his other projects, and wouldn’t even allow a telephone in his study!

These are some of the inventions that changed the world and have helped mankind shed its ignorance to generate incalculable scientific and economic progress. Were you to subtract a single one of these innovations from history, our development would undoubtedly be decades or even centuries behind where we are now. Are there any major inventions that altered human history we forgot to mention? Let us know in the comments section below.

Table Fans vs Wall Mount Fans – Which One to Opt For?